Every year the Race Across America comes through our city. "RAAM" is a 3000 mile bike race from California to Maryland. Once the clock starts for you  (solo) or your team,  it does not stop until you reach Maryland.
In 2010 I got involved with the time station in Blanchester, Ohio. I took photos of passing cyclists and their crews.
Last March I was asked if I could house a solo cyclist from Austria for his training rides. Christoph Strasser and his cousin Michael Kogler came and stayed with us for a long weekend. Then in June when the race came through his team stopped at our house to swim and took showers and ate pizza and donuts. 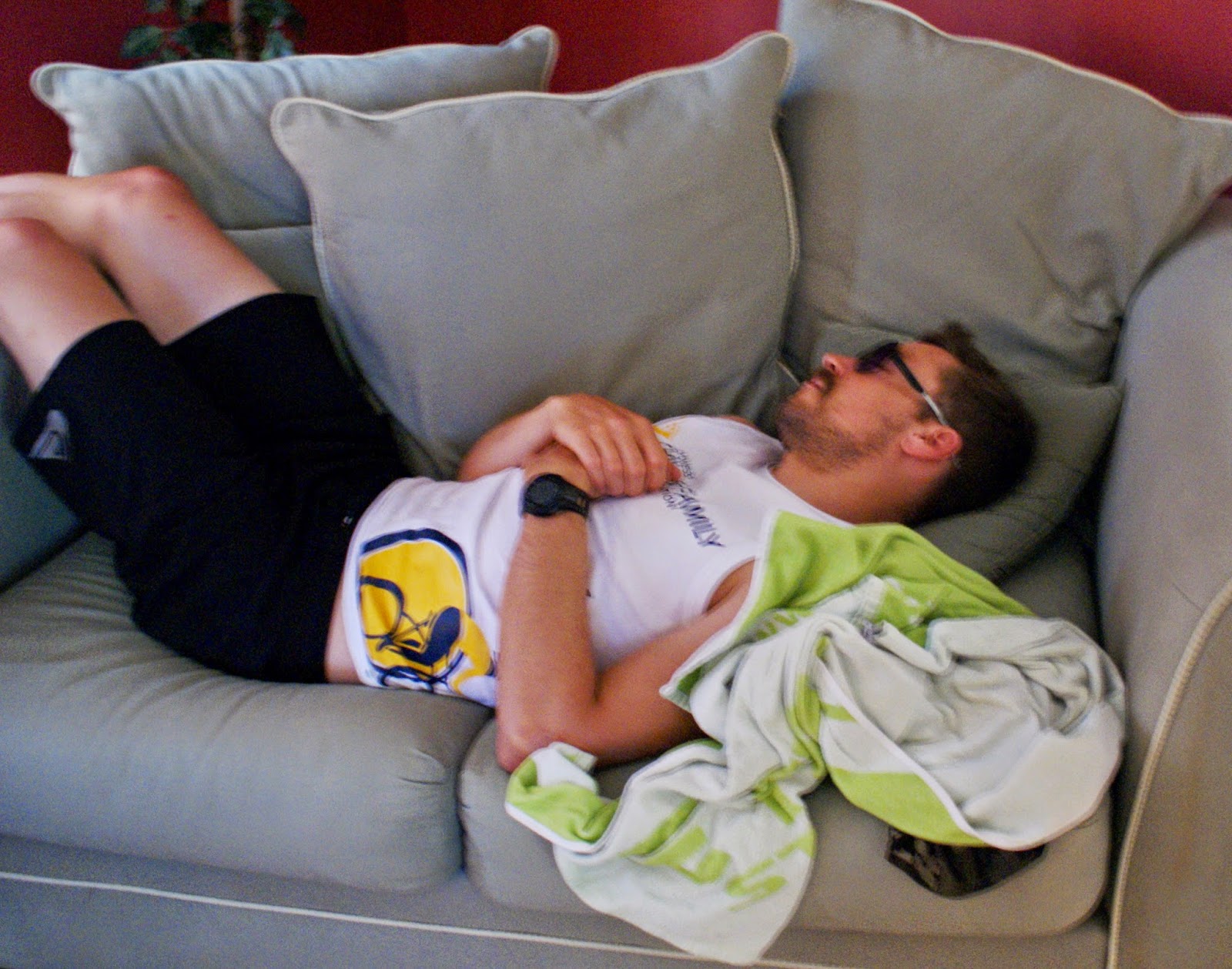 So this year they looked forward to stopping and taking a break for a few hours. 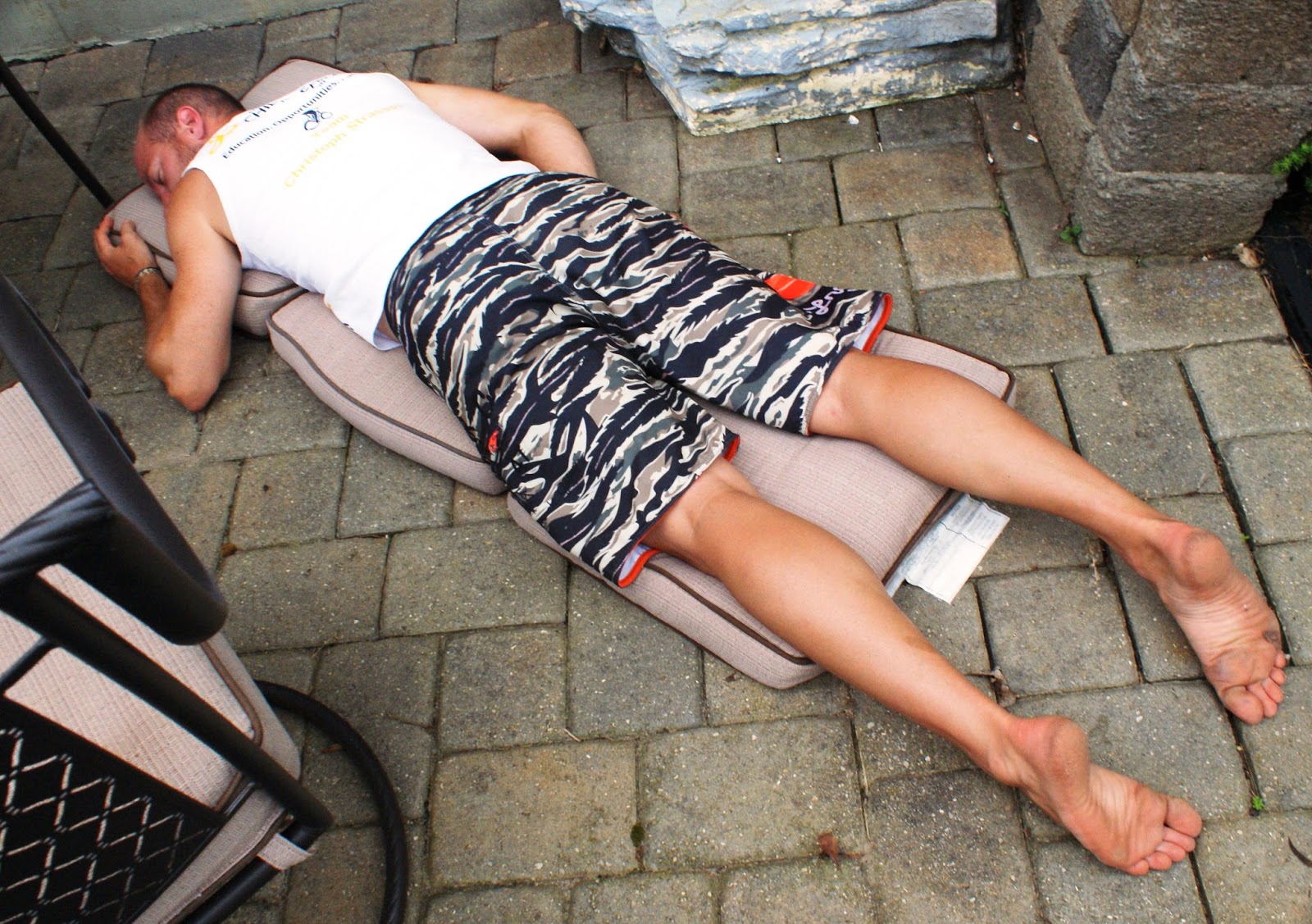 One of the guys sleeps outside. They said it didn't matter if it was 5 degrees he would be outside. So we found him on the back porch sound asleep. 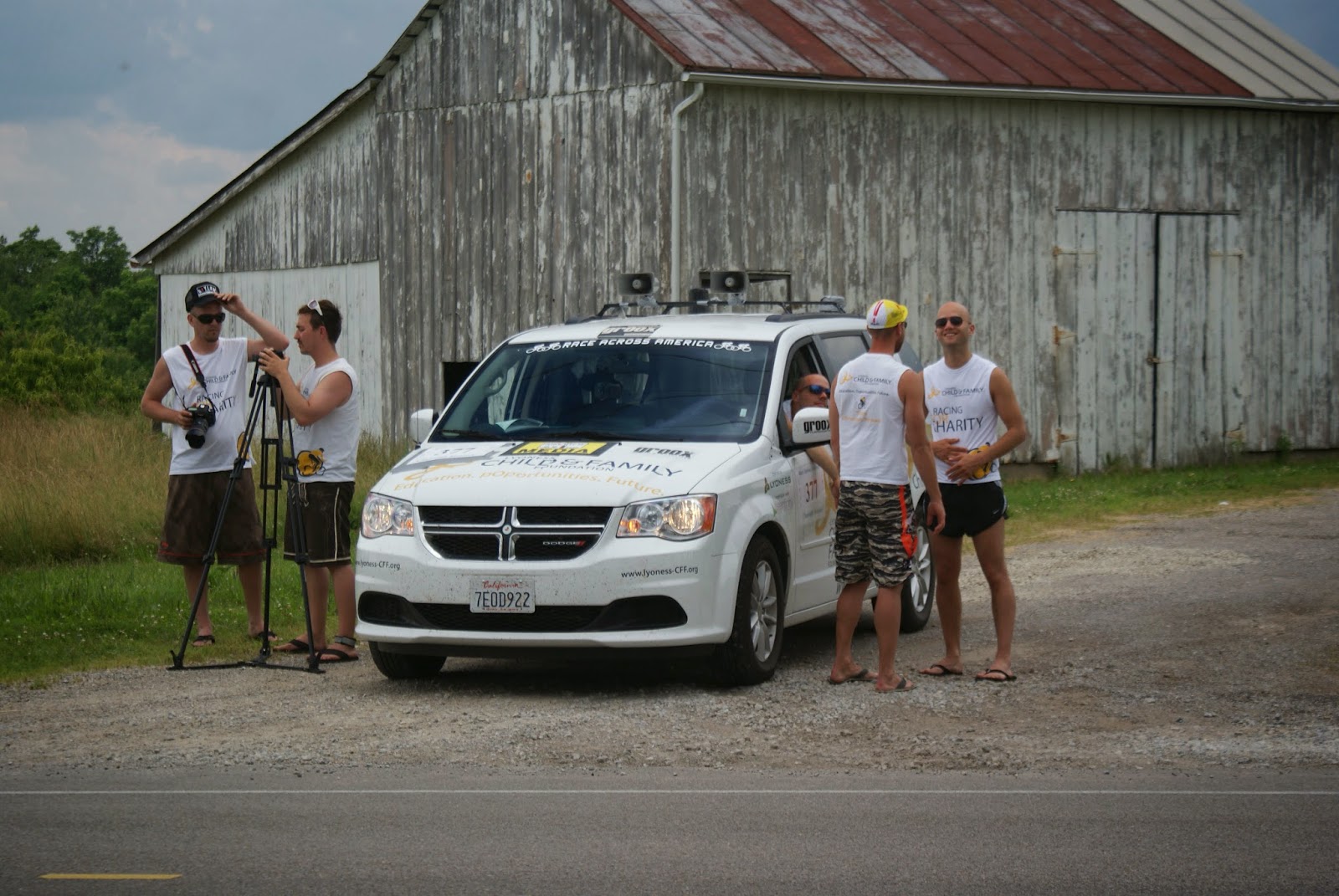 They had 11 crew members in 2 vans and 1 RV. 1 van and RV came ahead of Christoph at 9 am and swam, showered, ate donuts and fruit. Then when Christoph came through around 1:15 that van went with him and his follow van came to the house. 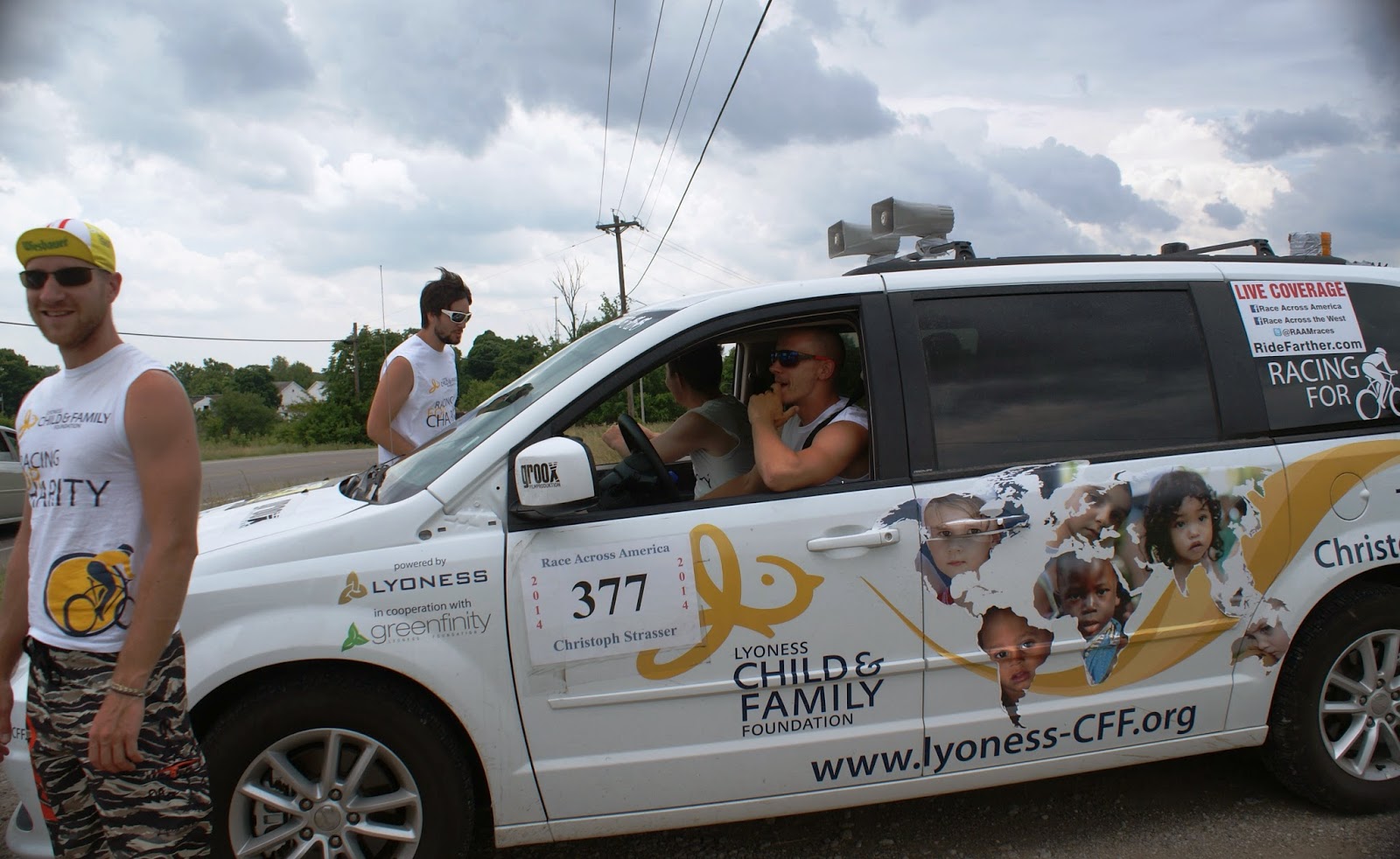 Then that van and the RV left around 2pm. Good thing they did, the vans had 5 flat tires for the whole 3000 mile journey, Christoph only had 3 on his bike. ... new record. This team sat all kinds of records. 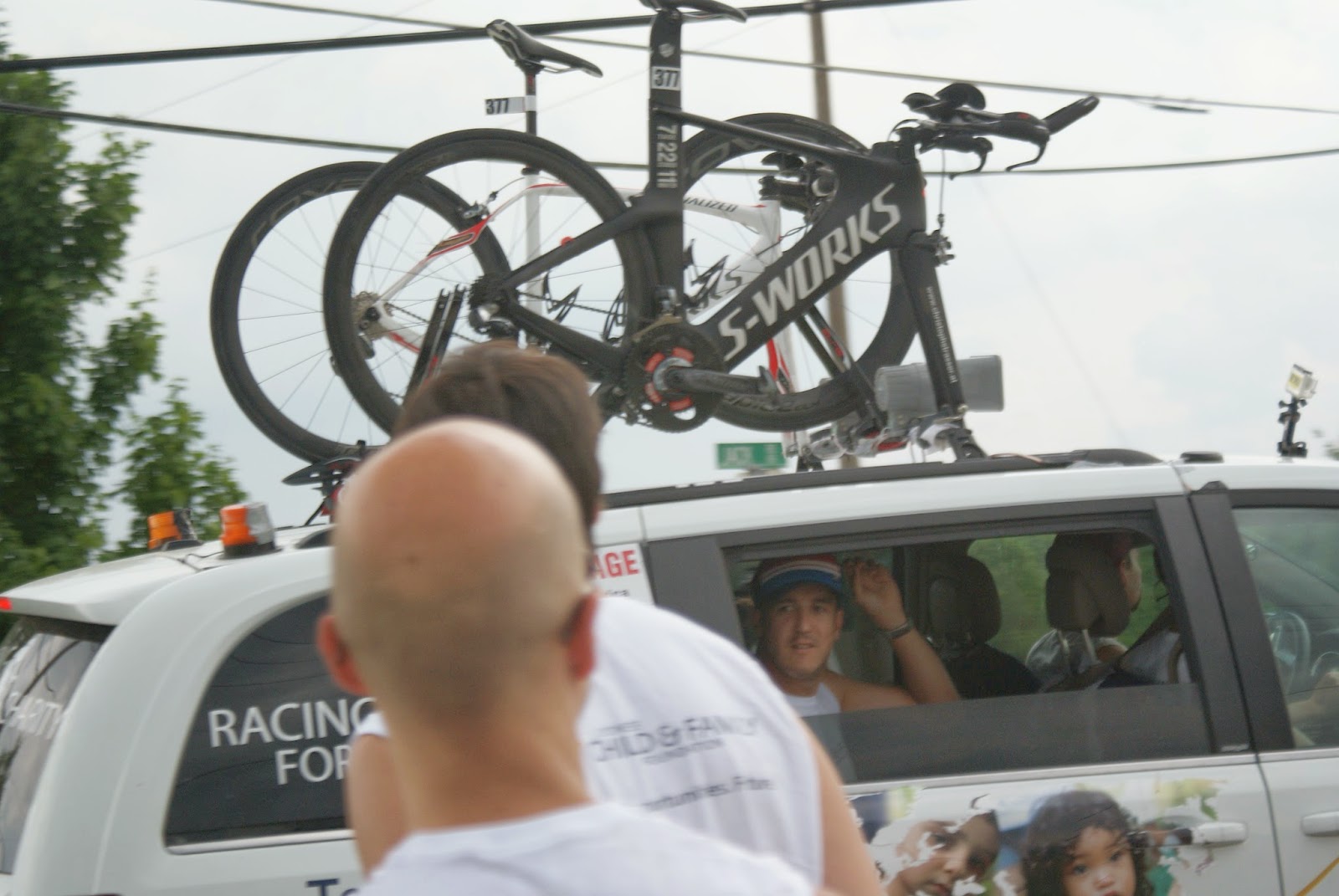 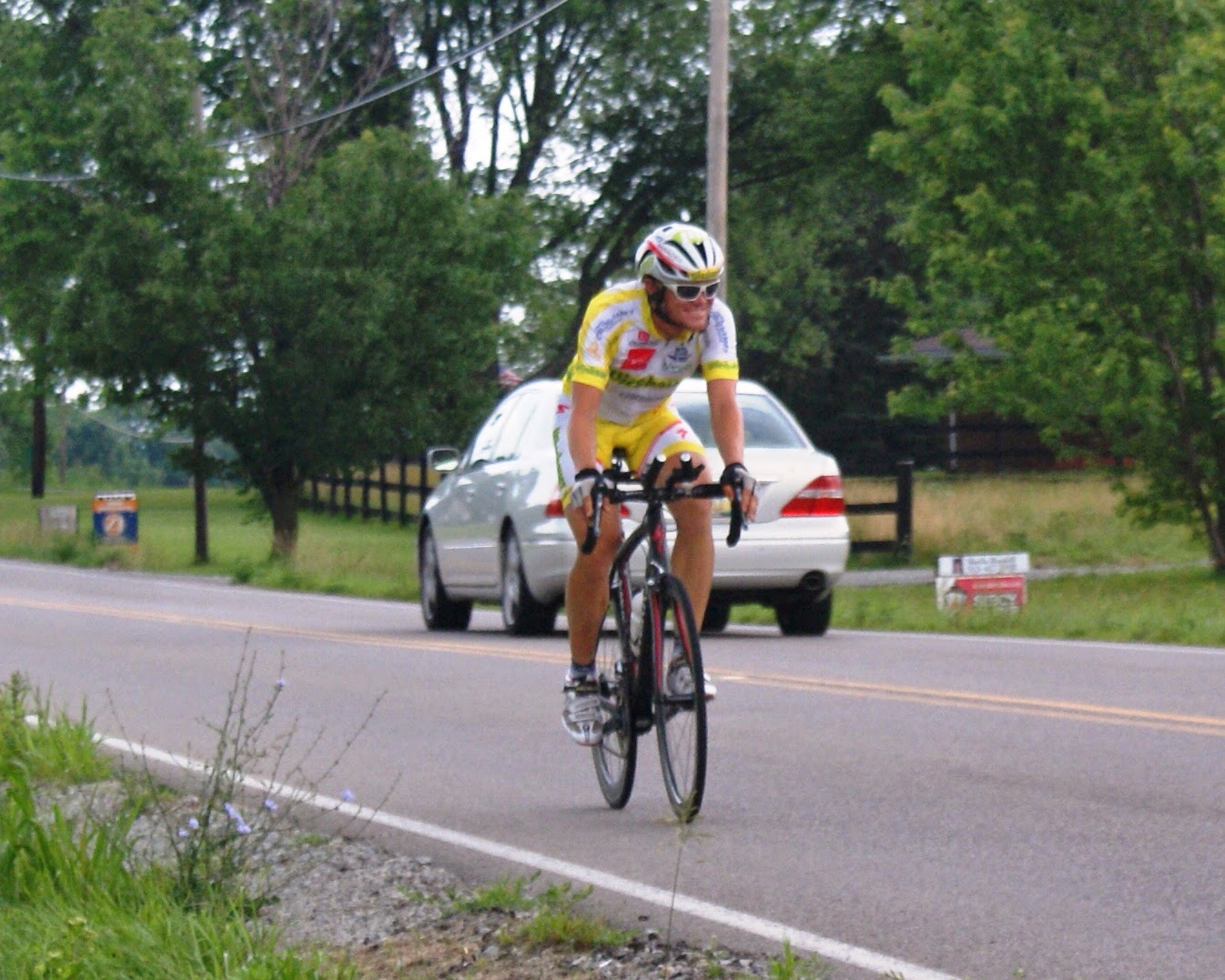 This year he beat his own record with
7 days, 15 hours.
He is a machine. 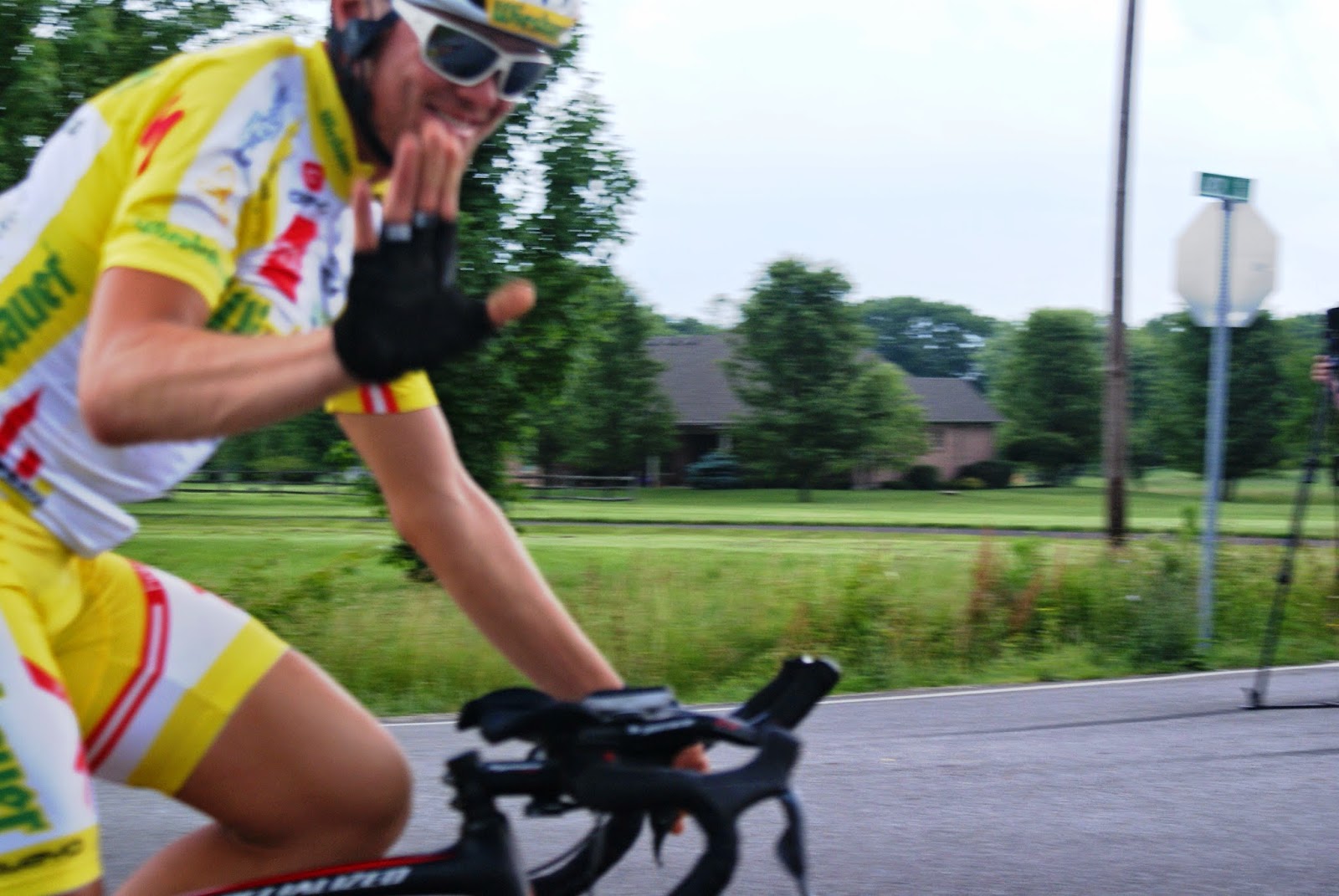 I didn't get too many pictures because I was filming, yelling, ringing my cow bell and this is what I got. 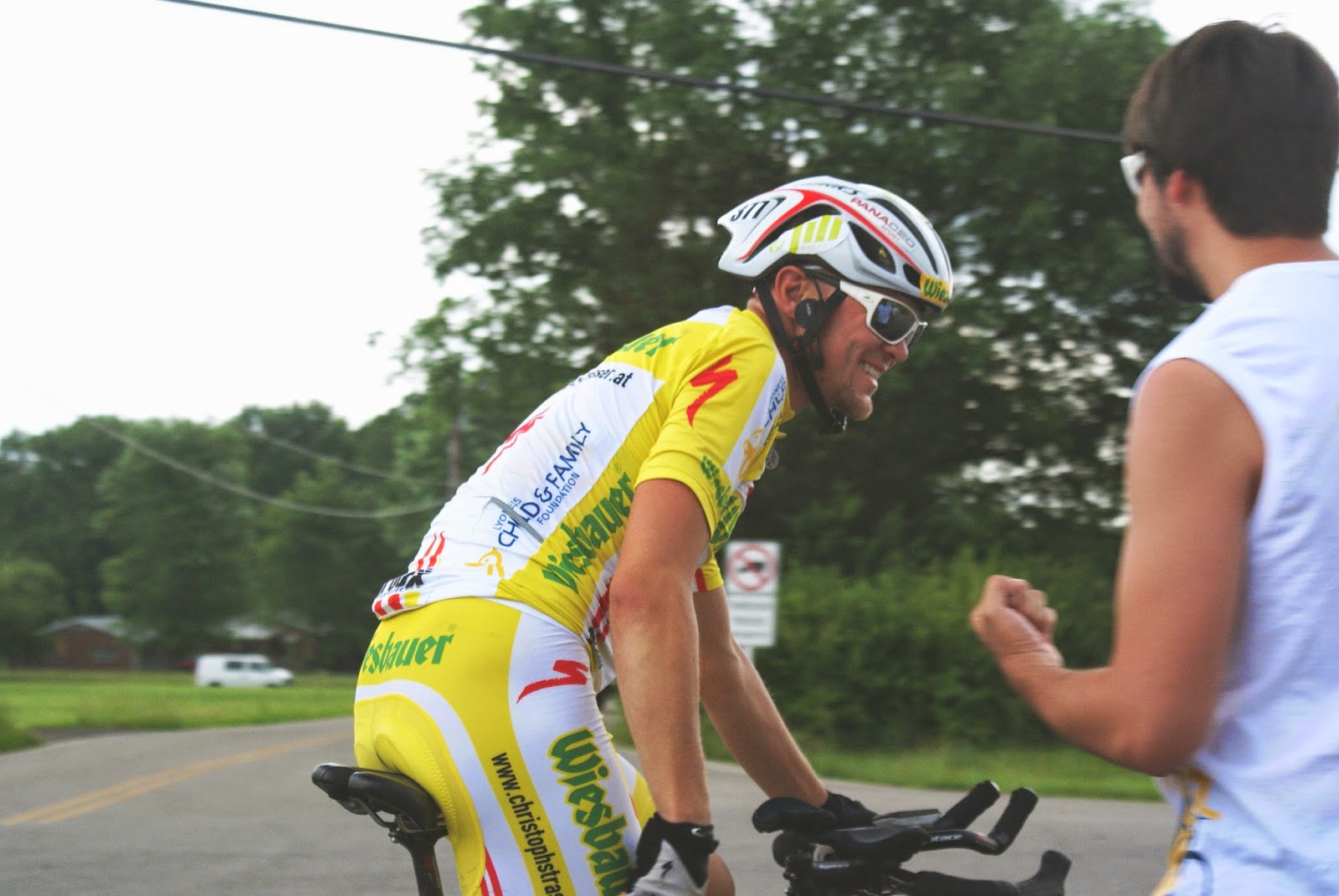 This is some of the shoes at the front door. It's funny because they don't have air conditioning at home so they walk out the back door and leave it wide open. Everyone of them. So I don't say anything. I just swing it shut. They were freezing in the house. While I was burning up with no estrogen and hot flashes. 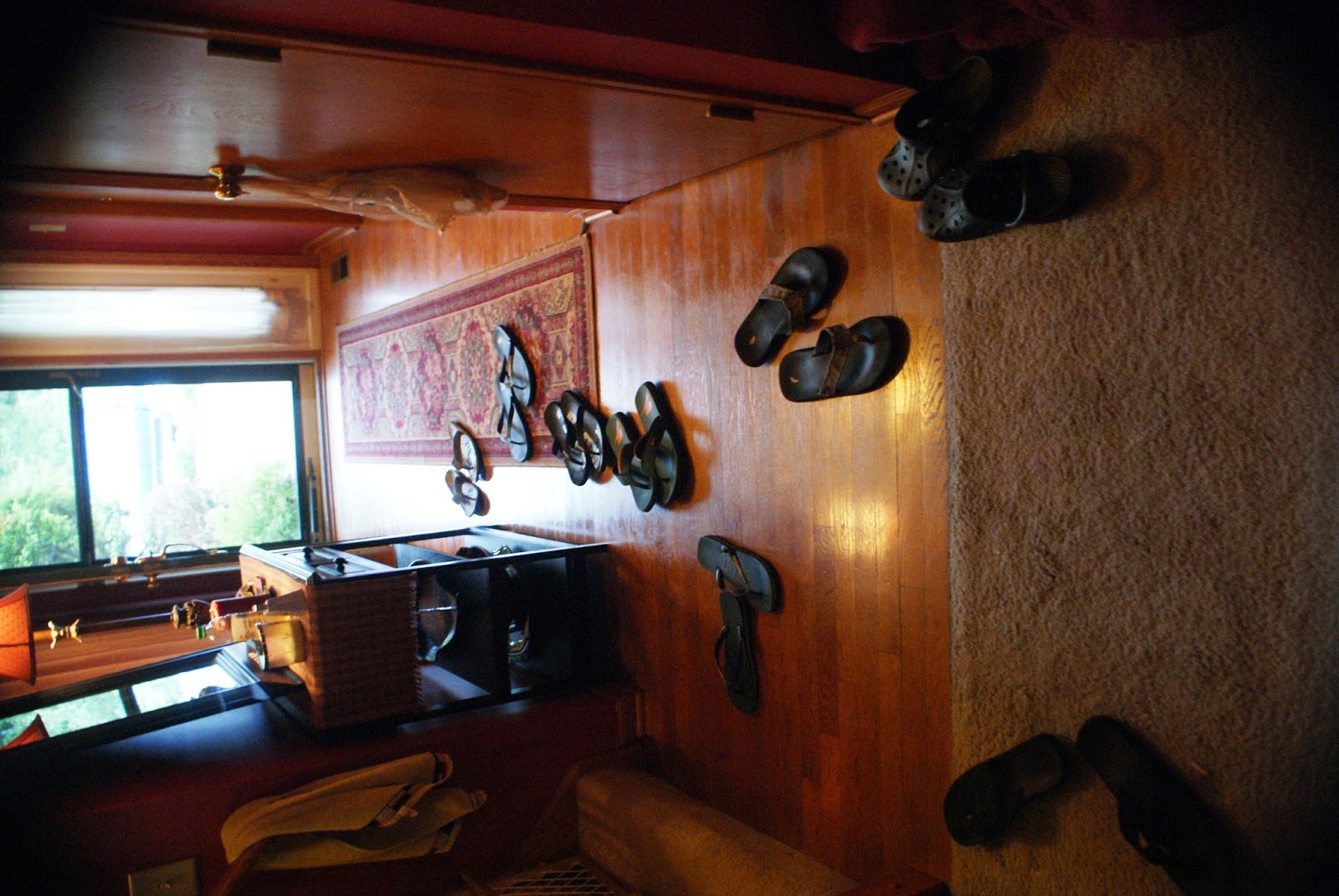 I can't figure out how to rotate this picture. It was in my file but when it comes into blogger it rotates back.
They had beach towels, underwear, swim shorts, laptops, cameras everywhere. And when the left there were a few coffee cups on the table. You would have never known they were here.
This was from last years visit. at 1:18 they show Josie and her friend Jamie. Then they pan around the kitchen and you can see Greg and my co-worker Robb. I am hiding around the corner in the livingroom. This year they filmed us too. They did a interview with me and we are going to be in their new show this fall that comes out in theaters in Austria.  They try to ad the English subtitles for us folks that don't speak German.
Please hang on. I am trying to get the video back.
http://youtu.be/ANOiUgoaStI
So if you are interested in helping out, go to www.raceacrossamerica.org They are always looking for officials along the 3000 miles, photographers, and crew always need additional American crew members (cause it doesn't cost as much to fly us to California as it does from a foreign country) And if you are along the route or really close and you would like to house a crew or let them shower
Posted by Cathy at 11:50 AM