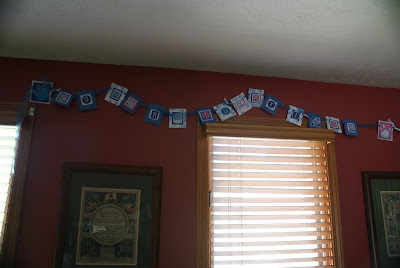 I made this banner. It just didn't turn out like I wanted it to. I don't know everyone else's look so fresh and cheery. It served the purpose. Next time I will go bigger or don't go at all. 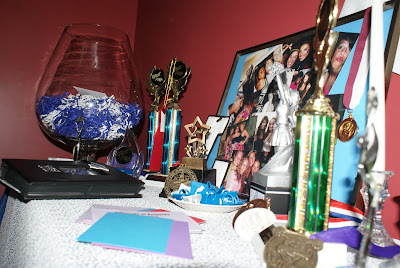 Here we displayed some of her pics and awards. I bought that graduation photo album and cute card stock to fit into the slots. I had her friends and family sign a card of good wishes, tips or stories. She is taking it to college with her. I also cut up the graduation program and put in the sleeves. Now when she is 40+ she can go back and remember exactly who all graduated with her. I was not even interested in trying to make and decorate a card box. I actually thought it was a waste of time so... I bought wrapping confetti strips and put them in my big brandy snifter as a card box. 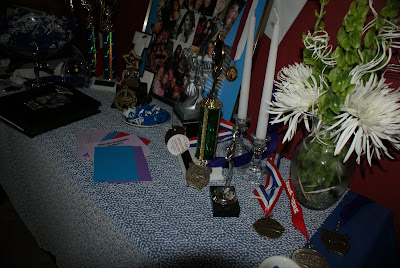 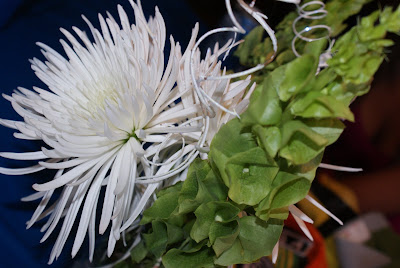 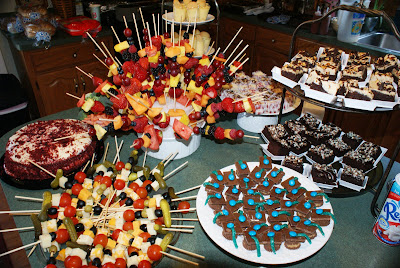 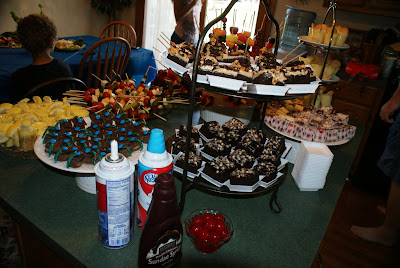 We also had pulled pork, chicken, green beans, macaroni/cheese and baked beans..all handmade by ME. For some reason I didn't take any pictures them. 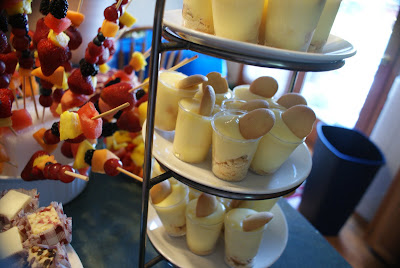 Pudding shots. These are banana pudding with vanilla wafers. 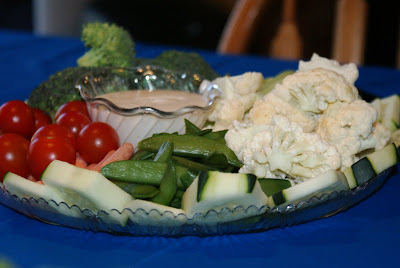 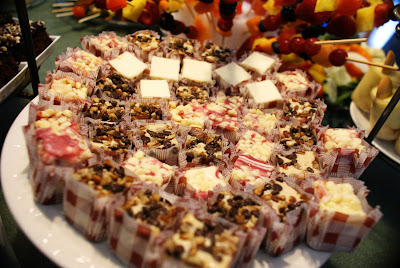 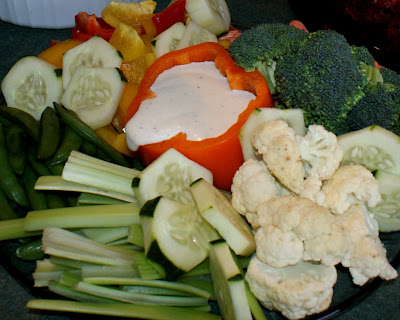 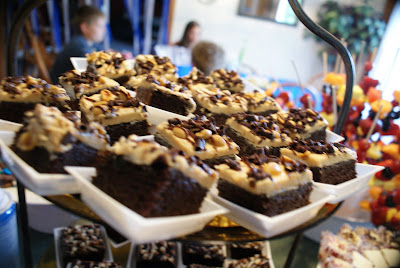 Oh these brownies were to die for. I bought them at GFS as a large sheet and then cut them and placed them on these cute little square plastic trays. They were a hit. 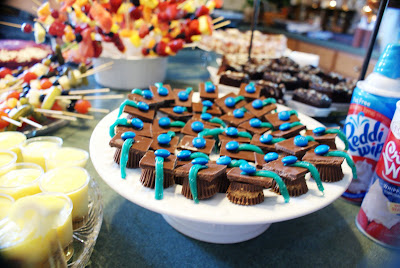 I had monster 3 and her friend assemble the graduation cap Reese Cup hat. We used foot by the foot for the tassle. Do you like my serving plate. I placed a white bowl upside down and then the matching plate on top. It gave some height to the plate so you could reach it easier. 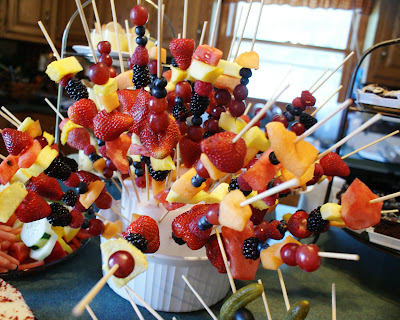 The fruit kabobs were a big hit. I had a styrofoam block but it wouldn't stand up so I put it in a casserole pan and it worked perfect. 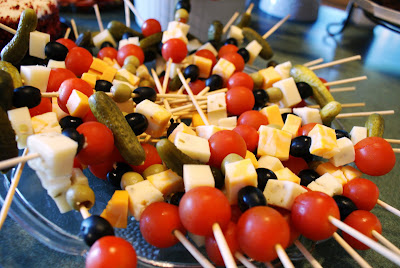 The pickles and olives were not such a hit. 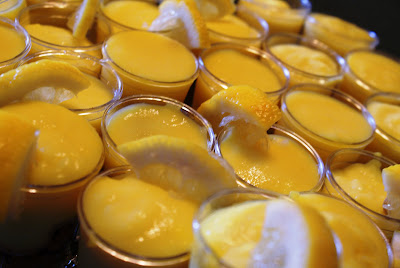 These are lemon pudding shots. I bought the plastic shot glasses at GFS. I thought it was a neat spin on the PF Changs desserts but they didn't go too either. 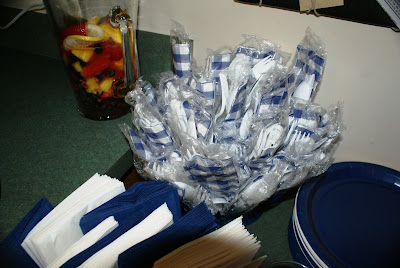 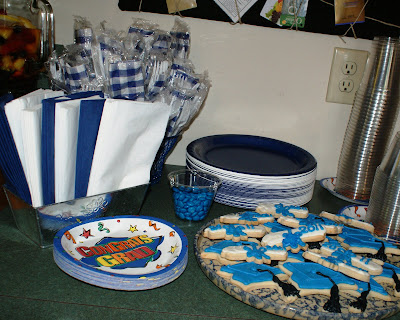 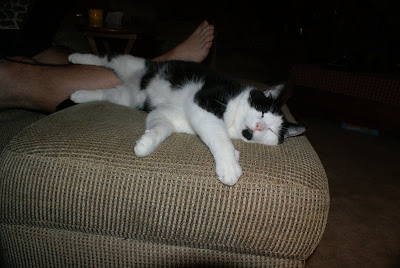 After a long day of partying Baxter needed a little alone time with his daddy. He is just not a party animal.